Are you or your loved one an October Opal baby? This unique and stunning birthstone is one everyone loves. Opals are also traditionally given as a gift to celebrate the 14th year of marraige. Opals are an ancient stone that has been found in many places around the world and have received many meanings/powers throughout time.

How Does an Opal Form?

Opal is formed from a solution of silicon dioxide and water. As water runs down through the earth, it picks up silica from sandstone, and carries this silica-rich solution into cracks and voids, caused by natural faults or decomposing fossils, and it is these faults that create all the colours in an opal.  It is believed that 30 million years ago there was a lot of silica which filled cracks inbetween rocks, layers in clay, and some fossils. Some of these filled cracks became precious opals. It takes about 5 to 6 million years for a 1 centimetre opal to mature.

The first known opal relics were found in a cave in Kenya. Geologists believe that these opals originated from Ethiopia around 4000 BC.

The Romans gave the stone the name, "Opalus" which was later shortened to Opal.  The word Opal comes from the Latin opalus, meaning “precious jewel,” and from the Greek word opallios, meaning “to see a change in color.” In 75 AD, the Roman scholar Pliny observed, “Some opali carry such a play within them that they equal the deepest and richest colours of painters. Others…simulate the flaming fire of burning sulphur and even the bright blaze of burning oil.” He marvelled that this kaleidoscopic gem encompassed the red of ruby, the green of emerald, the yellow of topaz, the blue of sapphire, and the purple of amethyst.

Egyptian legend states that opal received its colours as it passed through a rainbow on its way up from Earth’s core. The gem symbolizes inspiration and Egytians wore opals to protect against evil.

In Australia, aboriginal tribes believed that opals were the Creator’s footprints on Earth. Since the 1800's, Australia has been the largest source of black and white opals in the world.

Due to the opal's captivating colours that encompass the colours of all other gems, this stone has been revered as the "Queen of Gems". Opals have been worn as a symbol of hope, loyalty, fidelity, and purity. In ancient times, opals were used to ward off evil. Medically, opals were believed to have beneficial properties related to vision, both in terms of eyesight, and internal visualization, such as enhancing imagination and dreams. Opals have even been thought to improve one's mind, speficially to strengthen memory or decrease confusion. 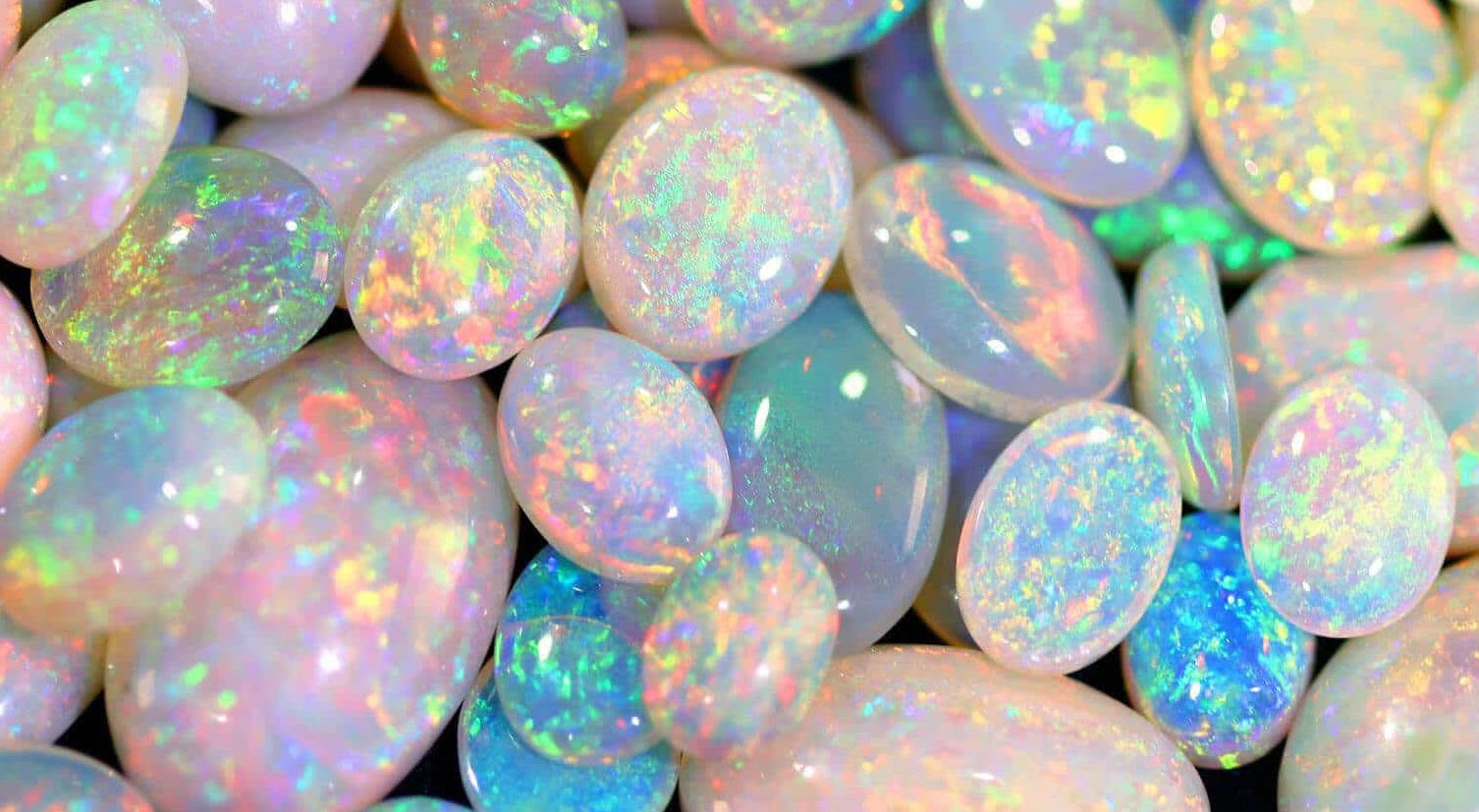