Happy Birthday to everyone born in February! Your February birthstone is the beautiful and historic Amethyst, which is said to strengthen relationships, give its wearer courage and peace. Ancient Greeks thought that amethyst help guard them against intoxication. In fact, “amethyst” comes from amethystos, a Greek word meaning “not drunk/sober,” making this gem the perfect symbol for those practicing Dry February or celebrating their sobriety.

The History of Amethyst:

Gorgeous purple amethysts have been prized since the time of the ancient Greeks. Because of their grape-like color, the Greeks associated these gems with the wine god, Bacchus. They believed that wearing an amethyst could protect you from drunkenness. According to gemstone lore, amethyst jewelry keeps its wearer clear-headed and clever. Artist Leonardo da Vinci wrote that amethysts enhance intelligence and protect against evil thoughts.

Because of its rare beauty and the expense it took to create the color for fabric, purple has long been considered a regal color, so amethysts frequently appear in royal and religious jewelry.  In fact, at one time, only royalty were permitted to wear the gem because it was too beautiful for anyone except kings and queens.

Buddhists have believed that amethyst enhances meditation, and due to this belief, the gem is often used for Tibetan prayer beads. Various cultures have associated amethyst with peace, balance and courage, and ascribed to it the ability to cure insomnia and relieve pain.

Amethyst speaks of royalty, serenity, peace, and temperance.  This February birthstone is used to manifest peace and serenity to whoever wears it. It’s also a symbol of protection and helps you overcome difficulties. It promotes self-control and strengthens the bond between two people in a romantic relationship. Amethyst is also known to stabilize your restless mind and strengthen your emotional and mental well-being.

Many cultures regard amethyst to be a healing stone. It is recommended to wear Amethyst in the area of the body that needs healing;  for example, an Amethyst pendant can be worn near the lungs or the heart to help heal breathing issues and circulation problems.

Where Do Amethysts Come From:

Until the 19th century amethysts were as valuable and expensive as emeralds, sapphires and rubies, but then a large deposit of amethysts was discovered in Brazil. Although this lowered the gems’ financial value, the trove of Brazilian gems allowed large amethysts to be used more frequently in jewellery. Amethyst is currently produced in abundance from the state of Rio Grande do Sul in Brazil where it occurs in large geodes within volcanic rocks. Many of the hollow agates of southwestern Brazil and Uruguay contain a crop of amethyst crystals in the interior.

Amethysts come in colours ranging from deep purple to the palest shades of pastel lavender and even pink. The most valuable hue is a strong reddish purple shade, but we love every shade of amethyst! 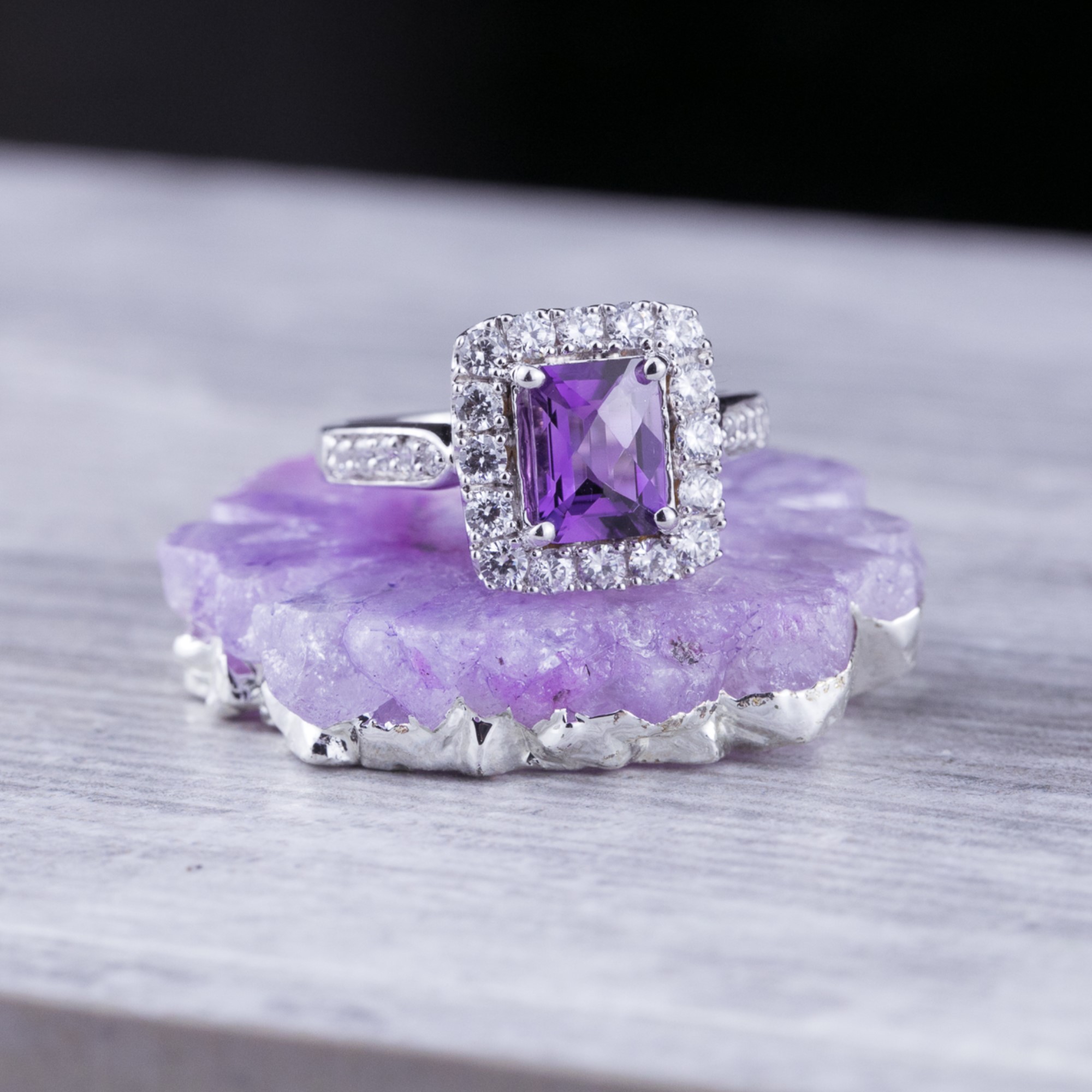