The Story of Rodan

The Story of Rodan Jewellers

Rob Davidson, a grade 9 student at Churchill High School in Vancouver, was attending metalworks class in the early 1970's as part of the required industrial education program. He produced the standard pre-requisite projects with a natural ability that was quickly recognized by his teacher. As luck would have it, this teacher was also an art instructor at the school. This mentor took Rob under his wing and off the regular curriculum. This teacher and mentor, Mr. Cockcroft, through his acts of kindness and dedication, had no idea how much of an influence he was going to have on Rob and the fact that he was about to change this young student's life forever. He encouraged and personally worked with Rob, allowing him to explore and flex his artistic muscles and talents through a variety of creative individually tailored metalworks and jewellery projects. A passion for making jewellery and metal arts was born! 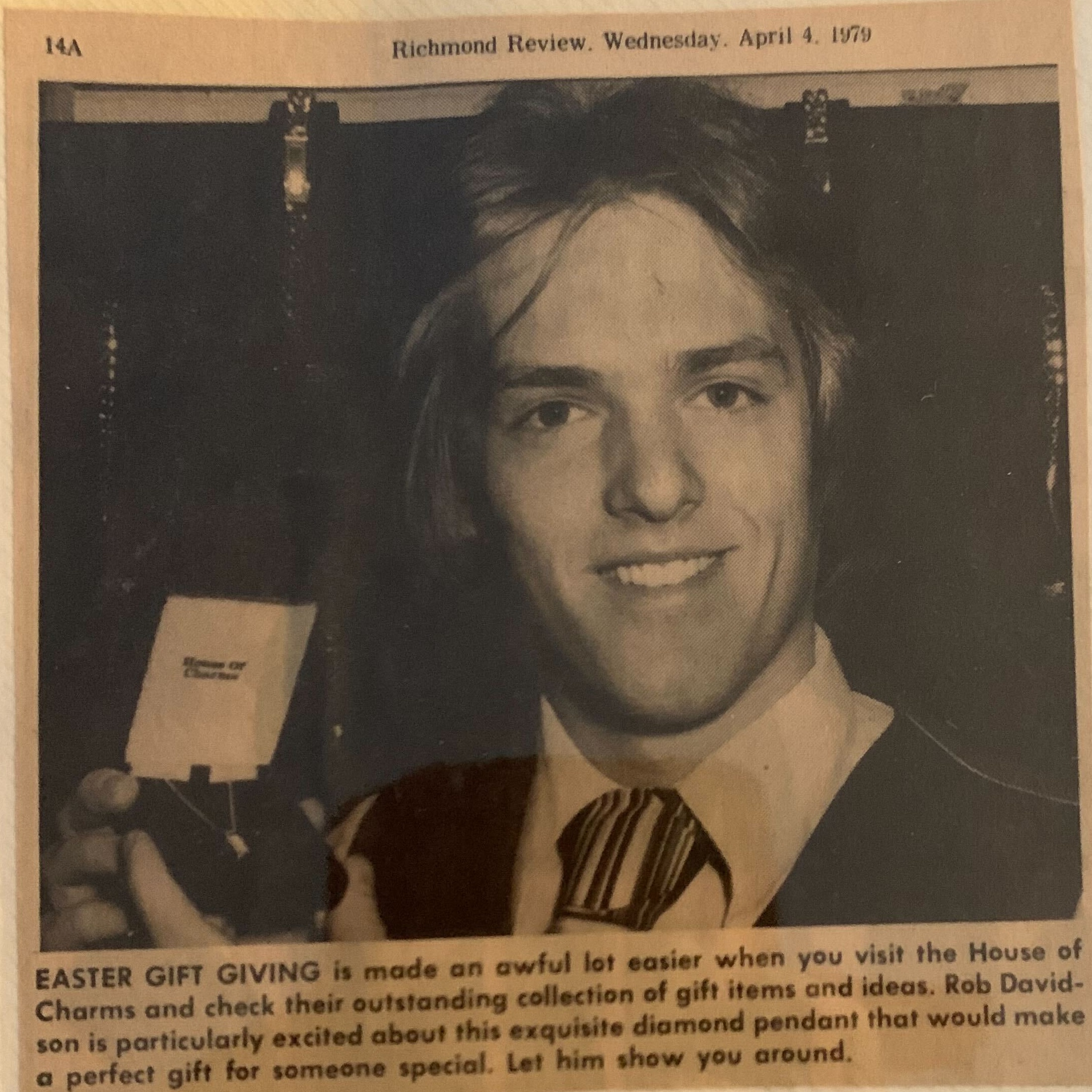 In the fall of 1975, the Davidson siblings formed a partnership to open a small key cutting and engraving store in a fledgling new mall opening in downtown Vancouver called Pacific Centre. Rob, along with his three siblings, quickly envisioned opening a jewellery business which began with two small charms stores, one in Calgary and the other in Richmond Square (now Richmond Centre).

During this time, Rodan Jewellers was born out of the mind of a restless teen in 1976. Rob Davidson took the first two letter of his first name, the first two letters of his last name, and the last letter of Davidson to create Rodan; Ro-da-n. As a typical teen who thought he knew it all, he took the bold step of quitting high school, branching out on his own with the Richmond charm store he renamed Simply Charming. At this store, he became a self-taught goldsmith which fueled his passion for more. Rodan Jewellers quickly followed; an upstairs street front custom workshop and full jewellery store was opened on King George Hwy in Surrey. Rob's dream of becoming a jeweller become a reality. 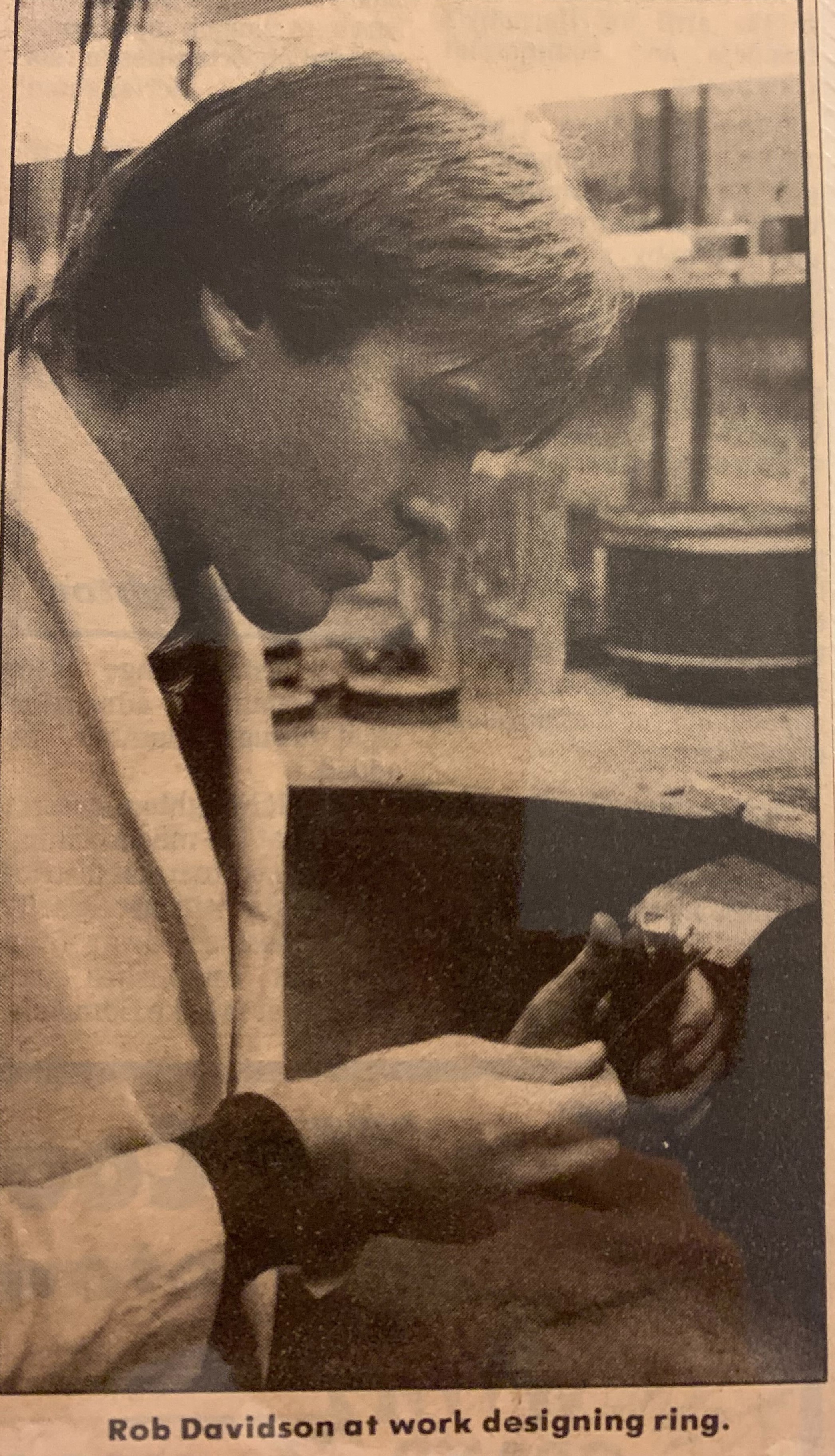 Rob continued to be driven with an energy and an insatiable need to create and innovate. He quickly expanded into the largest and most successful chain of jewellery stores in the province. By the mid 1990's there were 17 franchised Rodan Jewellers and Simply Charming stores throughout BC. Along the way, he was the first independent jeweller to offer full money back guarantees, goldsmiths at every location, and innovated the first fully comprehensive diamond guarantee/protection plan, which has become a legacy and model for the entire jewellery industry.

Taking a mid-career break to step off and help raise his family, Rob sold his group of stores and continued in the industry as a consultant. Unfortunately, the group of stores with his namesake went through a variety of ownership changes and eventually closed.

Fast forward to 2011 when Mitchell, Rob's son came home for a university break to declare he wanted to quit school and become a goldsmith lending credence to the saying, "the apple never falls far from the tree". Mitchell began training at the illustrious Gemmological Institute of America campus in Calsbad, California which simultaneously Rob rekindled his passion for jewellery and create. Rodan jewellers was resurrected with a new state-of-the-art store in Brentwood Mall. Innovation continued including advanced laser welding techniques, expanded customer protection polices, one of the first to introduce lab grown diamonds, and the addition of the most illustrious brands including Tacori, Pandora, Verragio, Simon G, Longines, and many others. At the same time, the family opened and rapidly expanded once again to operate half of the Pandora stores in the province.  They became the largest Pandora dealer in the province but opted to sell their group of Pandora Stores in 2016 to focus on their core jewellery business, a passion of both Rob and his partner Mitchell, now an award-winning master goldsmith. Rodan Jewellers, with Mitchell as the head goldsmith and mater setter, has literally forged a reputation as a leading bridal specialist and custom jeweller in the entire Vancouver area. This has led to Rodan being recognized as the Burnaby's favorite jeweller every year for the last 7 years. Although you won't see their name on the credits, Rodan Jewellers, has also become famous on the big screen, as Vancouver's leading jeweller for the local film industry. Rodan creations have been featured in over 150 movies and television series. 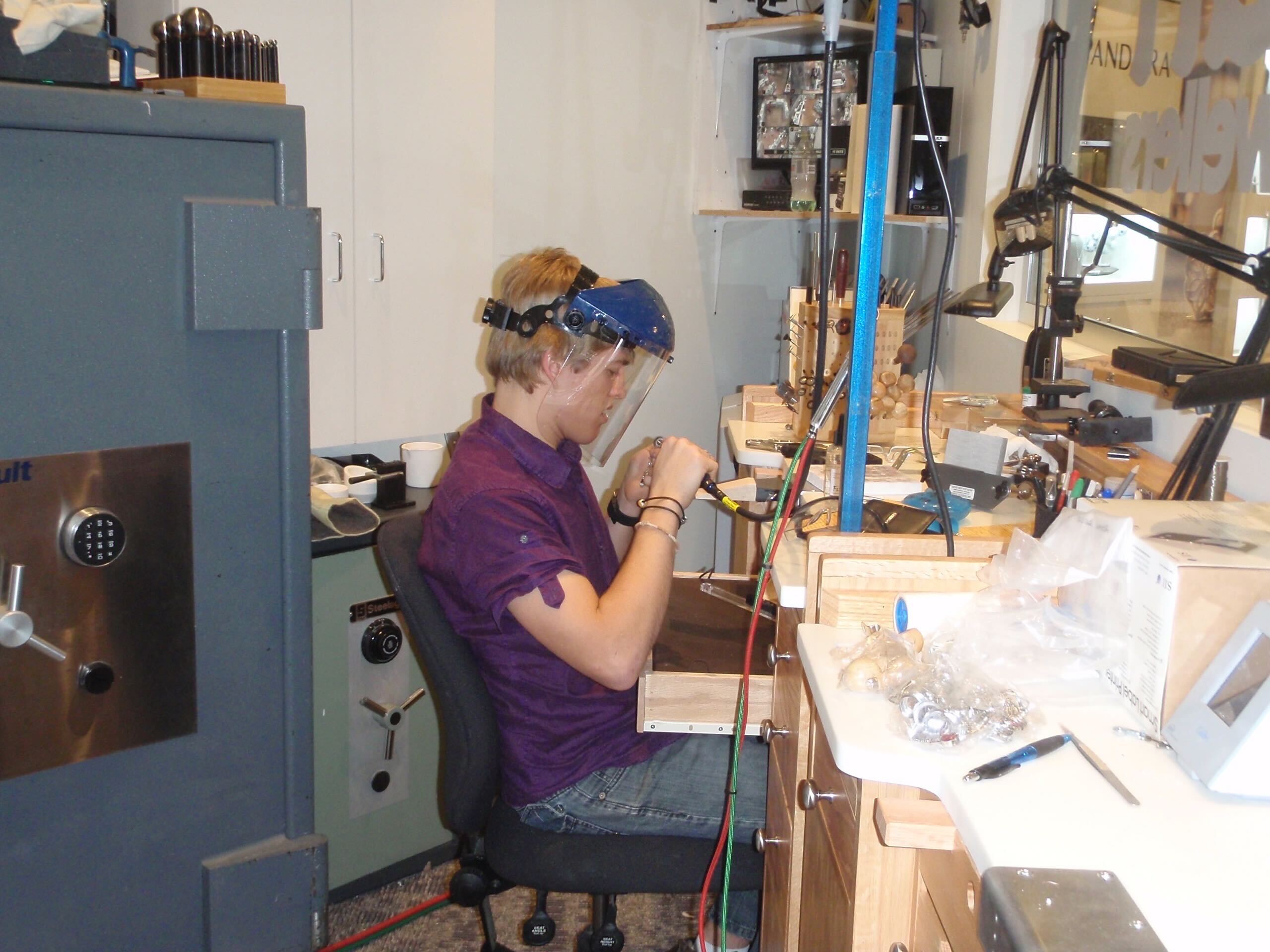 With all of the construction upheaval at Brentwood, Rodan Jewellers needed to find a new home. After an extensive search throughout Vancouver, the perfect location become available at 4376 Main Street, ironically, not far from where Rob grew up and went to school. Interestingly and seemingly appropriate, the former family which owned the building and operated "Abe's Antique Store" are also Churchill alumni. Rodan has truly come home to a historic Vancouver building which they paid homage to by retaining the key elements and character. The new Rodan Jewellers location on Main recognizes its history and looks to the future with even more innovations including advanced interactive CAD custom jewellery design services to engage include clients during every step of the process - from "Concept to Creation", in-house full state-of-the-art custom workshop, mined diamond, our exclusive Luminus lab created diamonds, moissanites, new leading designer brands; all in a COVID and virus safe environment with the first state-of-the art filtration system installed in Canada, along with new leading designer brands. 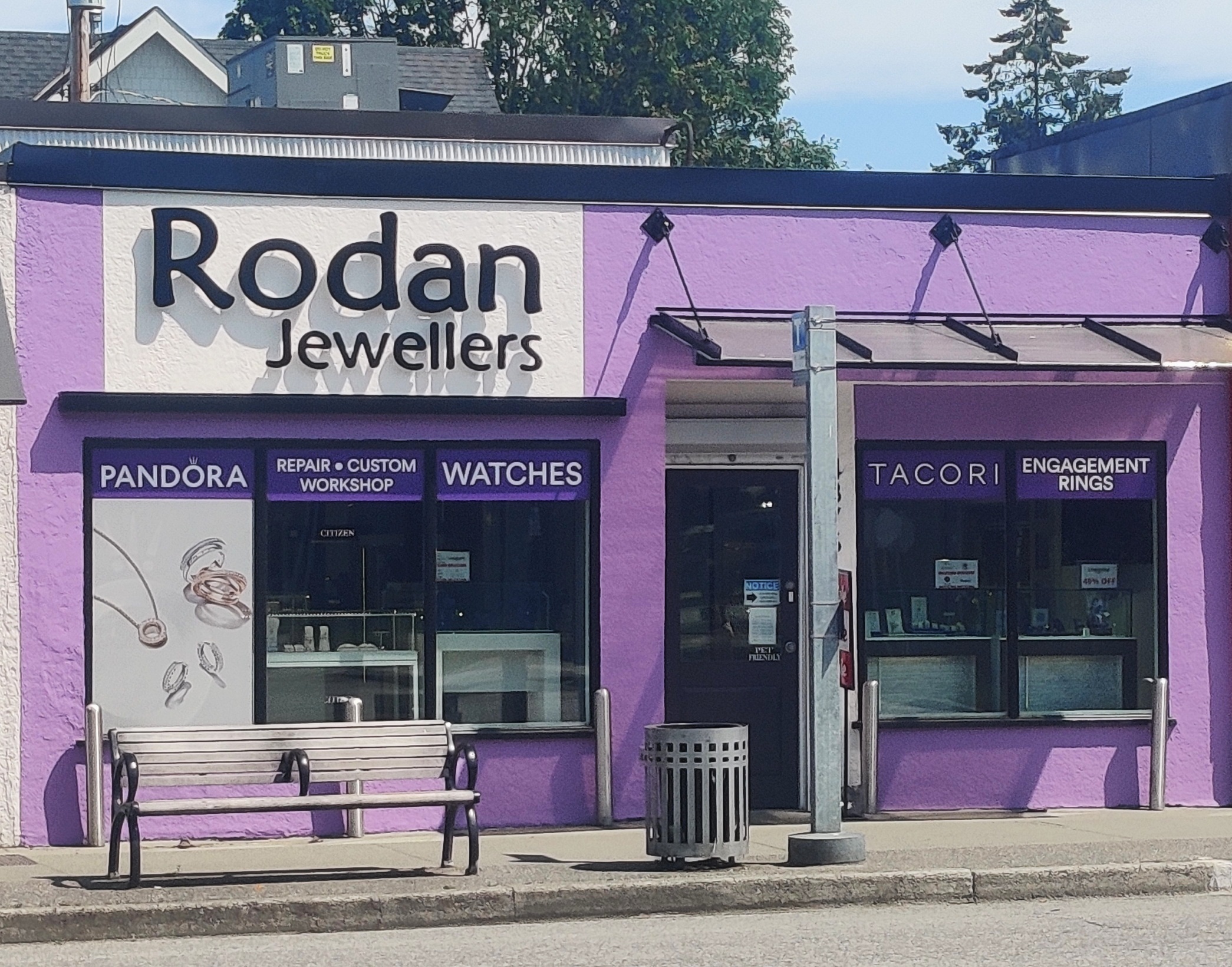